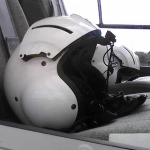 Hi, welcome to Mini Troopers Wiki! Thanks for your edit to the Heartbreaker page.

Hey KM, how did you know about the Water Pistol or the Scimitar?

I have been using GIMP with screenshots from the game for my images, it's good but maybe not as fast. What software are you using for your images? Thanks AW

Hey Klark, AW and myself agree that due to the mass amount of editing you do ;) We felt that giving you rights would be appropriate. We didnt promote you straight away due to us wanting to ask you first. So were asking you to choose if you want to be promoted and to what. Illume 10:08, November 6, 2011 (UTC)

we are going to give you admin rights. This will give you access to the admin tools which you may find fun, you will also have the ability to remove the comments of other writers (removing army links). Please don't feel that you need to use these rights or that this makes you responsible for everything that others do on the wiki. If you wish you may have the rights and still continue using the wiki in the same way that you are ...or if you are not comfortable with the idea just let us know and we can give you the bureaucrats rights with less responsibility.

I do not know your history, if you are not eligible for more rights you will need to let us know now. Have you been baned in the past? Are you an admin to other wikis right now? or have you been a admin in the past?.

Just so you know there are actually 4 administrators now.

If you set Contributed to all users you can see the first administrator named Fwission (Edits: 0). We do not know Fwission, he is the founder but he has never talked to anyone, I think he has only loged on once.

Anyway, you should now see the Admin tool bar down at the bottom of the page.

It seems that the class pages and the category pages are playing te same role...

We could move the class content to each of the category pages?

I added a category on the heavy tank page and I put the testing vehicles and skills category, so what I'm asking could you tell me how to delete that link because it isn't working properly, or you could do that, sorry about that :(

I notice you keep using the word 'dummie' like 'crash test dummy', I think more games are using the word 'doll' like 'rag doll'. The problem with the word dummie is that it is also used as an insult, a reader may think that we are talking down about that trooper. To some readers a line like "the dummie dodged" may sound like "the fool dodged".

Here are some pictures of aardvarks

I see you took my idea of backgrounds and finished them all before I could, lol

But how did you get all the backgrounds so fast it took me a while just to get epic since I kept trying to "printscreenbutton" the background before things showed, so my question is is there an alternative way or do you have the best reflexes in the world?

Sorry, but what have you been testing lately for the vehicles and pilots and etc. I'd like to help out, but it's sort of confusing lol.

Running tests on vehicle deployment chances. Pretty simple: count how many times a trooper with a vehicle enters combat (not necessarily using it), and how many time they actually use one. There's a basic chance for all troopers except pilots, so to find one pilots have to go into a separate table. Since pilots' levels do matter, all those are to be kept apart as well.

The current layout is meant to keep entries from different contributors separate for them to keep them in order. So you can create another row under your signature to log your results. Never know when something goes wrong. If somebody misses something, it'd be safer to erase one contributor's entries than all the results. If you find the tables I've set up too confusing, you can just note it down somewhere, or post them here for me to include in the log tables. Personally, I started using Excel to mark initial results and then transferring them to the talk pages.

As you can see from Talk:Motorcycle, I've tried to test some speculation regarding levels affecting the chances as well as having pilots in the team improving overall chances. By the looks of the logs of motorcycles I can tell that all these speculations are proven false. However, there're not enough entries yet to completely discard the possibility, so for now I'll keep the current layout.

It's important to log every instances for the statistics to account properly. I.E. you can click on every trooper in battle to see if they have anything and note accordingly, but do not log only if you see one occasionally deployed. There are also unknown factors to account, such as Hurry or troops with multiple vehicles. Those need to be excluded, because we don't really know how the components and their priorities work. For that there're tables "Special" on every page, but there's no real point filling them so far. Spies' infiltration seems to be overridden by any vehicle, but can't tell 100%, so these specialists would be better kept out as well.

In any case, I'd recommend to stick to your own vehicles, or attack a player who has any and you know their composition well enough. The better you know what to look for, the cleaner the result.

As for sabotage, we don't know how it works exactly, but the percentages are pretty relevant to levels and number of hostiles. Number of saboteurs used is not yet disproven to have any effect, so I'm noting it down too.

Raids are more interesting to poke around, the power is static for every phase, but numbers and levels vary. It's not finished yet, so if you go over wave 10, you can make some entries, just need to count a load of troops' levels in the process. Numbers can be seen at the start before anybody deploys.

All the notes, details and legends are on the talk pages. I'll fix if you do something wrong. :P

So what would the following info go:

A trooper with more than one vehicle has a good chance in being in one or the other, but they won't negate each others chance of being the chosen one (the chances stack or something)

A good example would be "cheatdeath" 's pilot since he's mostly in his fighter jet or light tank, but would this info be of no use because he is after all a pilot.

I wouldn't say the chances stack. 2 vehicles means 2 rolls made instead of 1. So statistically, the odds are better anyway, but only because you get an additional "try" to deploy something.

But that's exactly the reason why such cases need to be separated from the "pure" tests. Since we need to find chances for deployment of certain types alone in the first place, any mixes make it difficult to account. What if both vehicles are rolled positively? We don't know which override what yet, so it may harm the research.

Anything with more than 1 vehicle, motorcycles count, go into "Special" sections available on each page. Although, in "Notes" column you need to specify which vehicle was used, and every instance has to be put into separate rows next to each other. For example, a trooper with a motorcycle and a light tank is marked in notes with "M+LT-" if the bike was used, with "M-LT+" if the tank was used, and with "M-LT-" if none were used. Spies are marked with I+/- should you want to log any. Additionally, levels of pilots (if available) can be marked in the respective column. Specials are for everything else, so some columns may be redundant. Hurry is a whole another thing. We don't even know if it affects deployment rates, but it's said to boost equipment and abilities. So until clear, this needs to be excluded. And it will be unclear until we find the basic chances to compare to.

Personally, I see little sense filling specials before everything else is empty, since there's no basis with which anything can be told looking at the specials. So I'd recommend to log basics first. After we can get the basic approximates, any mixes would be easier to sort and analyse, especially which vehicles have the priority of deployment.

You don't have to spend too much time on it. Just note somewhere which armies have what (especially yours) and make a few marks in regard of results. 3 tries is not that bad. It may be a problem if you have too many armies to play, but I leave any personal time organisation to you. :P

Lol, I guess with all these requirements I should just leave you to it and I stick with skills and vehicles testing XD

Is it ok with you if I start making a sort of weekly poll on the front page? Mostly I'm asking because I don't know where'd you'd like it to be on the page.

PS:I'm doing a little experiment that I think might interest you.I created two armies named nameful1 and nameful2 with the same basic trooper.As a first upgrade they are given the same choice (Both of them were offered Magellan, Explosive Shots and Unshakable as first upgrade) and I want to see if, by picking different skills, they will be offered the same class at level 6.{{SUBST:Utente:Zoro the Gallade/firma1}} 15:37, January 25, 2012 (UTC)

Two of the same skill

Here is a replay of a player owned trooper with two Talky-Walky skills.

I suspect this is just a bug...

I reckon. Still, doubled equipment does work separately. Now we need to find anything other than duplicated 'King of Boules' and 'Talky-Walky'. Otherwise it is an exclusive problem of these skills (there might actually be duplicates in the pool, but who knows). If there are others, something is wrong with distribution.

Hey Klark, could you mind to explain the difference between Burst, Capacity and Munitions as listed in Weapons infobox category? I felt abit confused and dumb-folded when trying to edit them. Thank you.

This page was ruined. Please fix this.

This page has been ruined. I noticed this and I wanted to get some one to fix it. Please do this. Thank you.

I have a recrout with Heavy Tank

Can I help to forum somehow? May be, any statistics or something about that?

I received tank few days ago, the owner of the tank - munitions( The team consist of that munitions and two young smart colleagues (I want to grow scouts from them).

So I can just play or I can somehow help you?

Now HTmunitions at 7 level. Yet I will not grow it at all

After that I'll gather statistics, it's not so complicated for me

First stat data will be hundred battles and missions (exterminates and infiltrate, separately).

And after that I'll try to catch "Hurry".

You can help me - I need recrouts for this HTteam, now I have only four fighters. If you can hire for me some new recrouts it will be great - I can quicker start to collect data. HT team is kot-pihoon.minitroopers.com . It has no password, so you can see the stats, if you want.

That's all, when there will be something to say - I will write

Retrieved from "https://minitroopers.fandom.com/wiki/User_talk:KlarkMorrigan?oldid=12624"
Community content is available under CC-BY-SA unless otherwise noted.