Suspicious is an unlockable combinative

Ability acquired after unlocking the Skill of the same name. It negates any chances of

Spy deployed. A very handy pick, considering that it (think about it) practically counters one and potentially counters one more of eight available Specializations, and not just any replaceables, but two quite unique and popular ones. If that's not good enough, he can't be shot in the back by his squad-mates during close quarters such as

Initiative points are granted as soon as any enemy spies deploy, giving first strike capability surpassed only by level 20+ spies (with no upgrades). Friendlies can still suffer from friendly fire themselves if the weapon is picked wrong.

Oddly, suspicious even seems to be available to Spies. 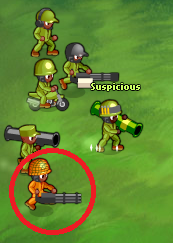 And example of a wrong picked weapon to counter spies. The Scout is prone to be blown up or otherwise shot. 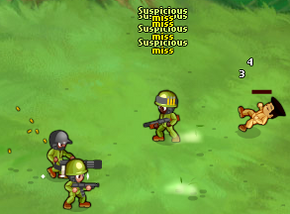 Friendly fire can be most frustrating to watch. Suspicious can save a lot of troops from wasteful deaths. 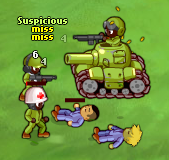 The Comms. Officier and the Doctor illustrate the practical value of negating friendly fire. 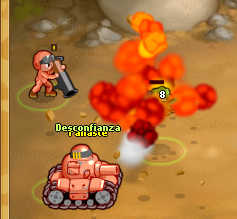 Suspicious trigger(and can save you) from your own shots as well. Desconfianza = Suspicious.
Add a photo to this gallery
Retrieved from "https://minitroopers.fandom.com/wiki/Suspicious?oldid=16436"
Community content is available under CC-BY-SA unless otherwise noted.