Knife is the only unlockable

Fists, knives are capable of

Speed, it is possible to utilize knives quite efficiently and inflict a great deal of

Damage to the enemy before they can retaliate adequately.

Despite the appearance, knives can still be

Sabotaged just the same, so having one may save a more important ranged weapon altogether.

Like all weapons, the knife affects (and is affected by) certain skills. For example, a trooper with a knife can trigger Adrenaline or Tuck 'n' Roll on an enemy trooper. They may also be disarmed as normal. However, the knife is in a special group of its own, and there may be skills that affect all other hand held weapons except for knives. Just what these skills are is still unknown. Eye of the Tiger is assumed to be useful, but Laser Sights, for example, is unknown.

If you find a skill that has some effect on a trooper attacking with a knife, please add it to this page. Thanks.

Note that the use of the covering fire skill is so rare that it will seem to have no effect.

These skills' effects are still unknown when combined with Knife:

The knife has a number of unique things about it.

Firstly, its recovery time is the shortest of all weapons at 40. In contrast the highest is 150, the next best being the Beretta and the FAMAS at 50.

Secondly, it uses no ammo. This means that a trooper can use it indefinitely and won't need to stop to reload.

Thirdly, it attacks from melee range. All troopers wielding weapons that can't fire point blank will need to back away from the knife wielder if they do not have an alternative attack. Since most weapons of this kind are also heavy weapons the knife wielder is guaranteed to catch up. All Launchers, Rifles and most Assault Weapons have a minimum attack range.

The second video shows the low recovery time needed to restrike with the knife, this can help to make the most use of initiative bonuses. 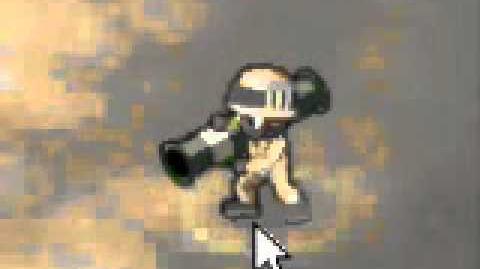 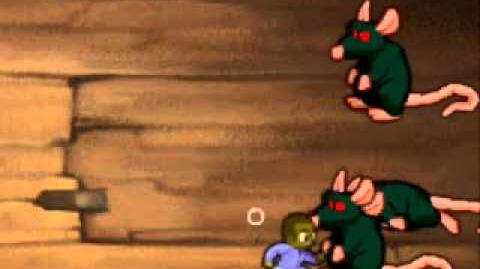 Retrieved from "https://minitroopers.fandom.com/wiki/Knife?oldid=18024"
Community content is available under CC-BY-SA unless otherwise noted.