Exterminate is 1 of 3 daily

Missions available in the game. The goal is to kill an ever growing number of rats. Each day the number of rats grows larger and will easily outnumber your troopers. The reward for winning the mission is 4

Life Points and do not possess any weapons or equipment. For that reason their only means of offensive is

Melee, similar to any grunt's

Fists, but with a few differences:

As you can see, rats can possess some

abilities, to get which

Troopers would have to reach a certain level. Thus rats are granted remarkable survivability and combat effectiveness.

To combat such threat, usual tactics need to be adapted. For example, sniper rifles and rocket launchers can handle 2 waves at best, while automatic weaponry, shotguns, and explosives cause tremendous amount of friendly fire in close quarters. Surprisingly, pistols suit such battles perfectly, namely

Revolvers, serving as auxiliaries in any other battles. Close combat upgrades, such as

Of course, without advanced performance improving upgrades, effectiveness of most troopers is generally low. Being outnumbered, getting most

Initiative is the best available option. Another great way to keep rats at bay is equipping your troopers with

Paralysing Shells, those will work even in case of dodging, and will prevent rodents from closing in. It is also critical to have

Munitionmen (1~2 per wave) in your team.

Helicopter are not prone to

Melee, for that reason rats can't damage those at all. For sustained combat, however, the vehicle needs to be Resupplied regularly. Otherwise it will leave the battlefield. 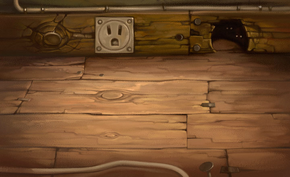 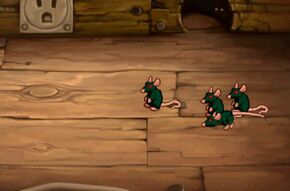 Add a photo to this gallery
Retrieved from "https://minitroopers.fandom.com/wiki/Exterminate?oldid=20154"
Community content is available under CC-BY-SA unless otherwise noted.